Sharks’ Breath (or Sharksbreath) is an indica-dominant hybrid whose intimidating name belies its gentle, soothing high. Created by DNA Genetics, the evil geniuses behind Tangie and LA Confidential, this strain is a cross between Jamaican sativa Lamb’s Bread and award-winning Great White Shark. The result is a potent bud with a tangy and sweet aroma. Shark’s Breath is a good choice for consumers who’d like to relax but still maintain a lucid frame of mind. This bud’s THC content has been measured at between 15% and 26%.

Shark’s Breath’s flowers set themselves apart right away with large, well-formed colas. These buds have the dense structure of other indica-leaning varieties and adhere in an elongated, slightly tapered shape, almost like miniature pinecones. The leaves are a vivid shade of spring green and are twisted through with dark orange pistils. A sprinkling of translucent amber trichomes gives these dense flowers a faint yellow tinge.

On first inspection, Shark’s Breath has a sharp and sour orange-inflected scent. Sniffing these flowers more closely also reveals the flowery sweetness that marks parent strain Lamb’s Breath. Meanwhile, breaking open or grinding up the buds introduces an overly sweet odor that almost smells rank or fermented. Surprisingly, despite these bold aromas, Shark’s Breath burns with a relatively smooth and palatable smoke. And while even marine biologists may be hard-pressed to describe the smell of an actual shark’s breath, we have a feeling that this strain’s smoke comes close, tasting like a combination of sour citrus and skunk on the exhale. Finally, this strain is said to be a particularly pungent smoke and may pose a problem for smokers who’d prefer to stay discreet.

Like its predatory namesake, Shark’s Breath moves quickly, hitting smokers with a concerted pressure around the eyes and temples. Rather than blooming into a disorienting feeling of mindrace, though, Shark’s Breath progressively relaxes the body. In short order, smokers may find that any muscular tension has vanished and that they’re able to breathe more deeply and easily. Despite its relaxing vibes, though, Shark’s Breath is unlikely to totally incapacitate its enthusiasts. Instead, it stimulates cerebral thinking, allowing consumers to explore imaginative avenues of thought. As such, Shark’s Breath is a great way to accomplish work, whether it’s freewheeling and creative or more stringent and analytical. Additionally, the strain’s combination of mental and physical stimulation makes it a good way to enhance activities that involve both mental and physical coordination; like exercise or video games. In the right set and setting, Shark’s Breath can even be a potent aphrodisiac. As the high wears on or as dosage is increased, this strain’s sedative effects become more pronounced. At this point, acute thinking becomes more difficult as a cloudy, spacey mindset takes over. Smokers may be more likely to delve into a binge-watching session than to ponder the meaning of life. Because of its gradually decreasing energy, Shark’s Breath is best enjoyed during the late afternoon or early evening.

Shark’s Breath may also be a useful strain for medical cannabis patients. Its sense of focus offers a clear benefit to those with attention deficit disorders, helping them to concentrate on single tasks. Additionally, this bud’s mood-elevating effects can temporarily relieve the burden of stress, depression, and anxiety. Physiologically speaking, Shark’s Breath’s thorough relaxation can soothe deep-seated aches and pains as well as more mild irritations like headaches. Because it is unlikely to be so intense as to lead to paranoia, this strain is a good option for patients who are prone to panic or who have a low tolerance for THC.

Fortunately for home growers, DNA Genetics has made seeds of Shark’s Breath available for sale online. It can be grown indoors or out, although outdoor cultivation calls for semi-humid climates with daytime temperatures between 70 and 80 degrees Fahrenheit. Plants tend to grow short and bushy and may require some pruning in order to prevent broad fan leaves from inhibiting growth on lower branches. Shark’s Breath flowers within 9 weeks when grown indoors and is ready for harvest in late September to early October when grown outdoors. When mature, it offers a solid yield of about 47 to 56 grams (or 1.7 to 2 ounces) of flower per square foot of plant.

With a good balance between head and body, Shark’s Breath is an ideal middle-of-the-road option. It deserves a spot in the stash boxes of sativa and indica lovers alike.

Be the first to review “Shark's Breath” Cancel reply 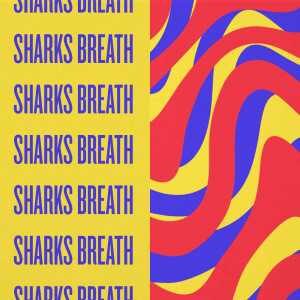