Charlotte’s Web is a medical strain high in CBD, a cannabis compound (or cannabinoid) that has a range of medical applications. Colorado growers the Stanley Brothers created this strain specifically for Charlotte Figi — a young epilepsy patient and medical cannabis user — by crossing an unspecified strain with industrial hemp. The effectiveness of Charlotte’s Web in treating Figi’s seizures was publicized in a CNN special and garnered enough attention to attract droves of families to Colorado in search of similar relief.

Charlotte’s Web has spurred a wave of innovation in CBD breeding, giving us strains like Cannatonic. With limited psychoactivity, Charlotte’s Web contains little to no THC. Its CBD content, however, runs from 15 to 20% — that’s 300 times higher than the CBD of the average recreational strain.

Unlike its cousin cannabinoid THC, CBD doesn’t act directly on the body’s endocannabinoid receptors. Instead, it is thought to work indirectly by increasing the availability of the body’s own endocannabinoid compounds to stimulate those receptors. Essentially, CBD may act as a booster to help out many of the body’s naturally functioning processes. Although Charlotte’s Web is available as a concentrated oil for easy medical ingestion, buds of the strain are also available for adults who prefer more traditional consumption. Flowers of this hemp-descended strain have a sativa appearance, with long, tapered buds and olive green leaves. Those accustomed to more psychoactive strains will notice that Charlotte’s Web has relatively few pistils and, due to the near-absence of THC-laden trichomes, very little stickiness. Its scent is more familiar: dank and piney with some light floral notes. When burnt, this strain gives off a smooth smoke. On the exhale, it may taste slightly skunky with an underlying grassy, vegetal taste that speaks to its hemp content.

As noted, Charlotte’s Web is bred specifically for a high CBD to THC ratio. Because of this ratio, Charlotte’s Web can be useful for casual edible bakers who want to avoid an intense high. That said, depending on the particular phenotype of Charlotte’s Web consumed, users may get some buzzy effects ranging from a heightened sense of well-being to some sensory enhancement. Generally speaking, however, medical-grade Charlotte’s Web comes with negligible psychoactivity, making it a prime choice for patients – particularly children – who want to avoid getting high. In fact, researchers believe that the presence of CBD may actually act to shut down any trippy or anxiety-inducing feelings caused by trace amounts of THC.

The CBD in this strain can bind to receptors that regulate inflammation, body temperature, and perception of pain, making it a powerful treatment for those suffering from anything from a fever to chronic conditions like fibromyalgia and Parkinson’s Disease. At high levels, CBD can even stimulate serotonin-related receptors, conferring benefits for psychological conditions like anxiety, addiction, and sleep disturbance. Perhaps most significantly, recent studies of CBD have shown that it may work against cancer by destroying existing cancerous cells and halting the spread of new ones.

Charlotte’s Web creators the Stanley Brothers have not made the strain’s seeds available for commercial sale; consumers should be wary of any companies purporting to sell seeds under the Charlotte’s Web name. If prospective growers are able to obtain clones of this rare plant, they’ll have success growing it both indoors and out — the hemp in this strain’s genetics centuries for is less finicky than cannabis and can thrive in some harsh conditions. Plants have a bushy, indica-like shape. They flower within 8 to 9 weeks and typically offer a high yield of flowers. Growers should also note that only a certain portion of all clones planted will show themselves to be high in CBD — others may have an equal balance of THC and CBD or simply have a higher concentration of THC.

Charlotte’s Web poses a challenging legal bind: advocates who consider it a medical hemp product, genetically distinct from cannabis indica or sativa, clash with legislators who classify it as medical marijuana, banned under federal law. As a result, doctors seeking to test its medical effectiveness in clinical trials are prevented from study because of federal restrictions on growing the plant. This strain has also stoked some ironic controversy over its name — in Oregon, the state’s Liquor Control Commission banned the sale of Charlotte’s Web and several other strains because their names are potentially appealing to children. Nevertheless, Charlotte’s Web is gaining ground – it was legalized in Florida in 2014 and has since taken root in select dispensaries for statewide distribution.

Be the first to review “Charlotte's Web” Cancel reply 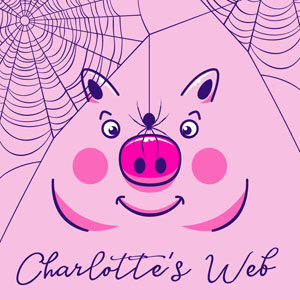