Goo is one strain whose name perfectly describes how a user might feel after indulging. This hard-hitting indica offers smokers a deep, fruity aroma before hitting them with long-lasting sedative effects. It is a cross between tasty favorite Blueberry and a Hindu Kush landrace. Best suited to low-key, nighttime use, Goo is sure to impress both novice and veteran cannabis consumers. Its THC content has been measured at between 15% and 24%.

Goo’s bag appeal is obvious right away. The medium to large-sized flowers tend to be almost conical, slimming down from a broad base into a pointed tip. Small, olive green leaves curl tightly inward toward their central stems in a dense, indica-typical bud structure. These leaves are twisted through with hairy yellowish pistils and are coated in translucent trichomes. Paying testament to this strain’s name, these trichomes also give the flowers an especially sticky, goopy texture.

When properly cured, Goo’s primary scent is the unmistakable aroma of blueberries. There are also some ripe citrus and berry notes lurking underneath these top notes. Meanwhile, grinding up or breaking apart the dense buds gives off a woodsy, hashy scent — evidence of its Hindu Kush parentage. When combusted in a pipe or a joint, Goo burns with an acrid smoke that can trigger coughing and watery eyes. This smoke has a distinct sour tinge on the exhale.

Goo’s high creeps up on the smoker, sometimes taking several minutes to set in. Initial effects manifest as an unfamiliar tingle around the eyes and temples. This sensation soon gives way to waves of relaxation that roll down the neck and back. Within minutes, smokers may notice that their sensory perception is altered, with certain sight and sounds taking on a new intensity. The ensuing psychedelic feeling can be a fun way to enhance trippy music and spacey movies. Users certainly shouldn’t plan on getting anything done after sampling this complex strain. Its dreamy, rambling mindset can make it difficult to focus on demanding tasks. When consumed in social situations, Goo can put your friends’ minds at ease and facilitate camaraderie. At higher doses, this bud is liable to lay smokers out flat on the closes comfortable surface as the outside world falls out of focus. Goo can also be a great way to lull already sleepy smokers into a deep, fulfilling sleep. Because of its mostly sedative vibes, Goo is more appropriate for evening and bedtime use.

Goo’s thoroughly relaxing effects can have several applications for medical cannabis patients as well. It can provoke hunger pangs, making it useful to patients who may have lost their appetites to disease or to harsh treatments like chemotherapy. It can also soothe aches and pains, both temporary and chronic. The bud’s anti-inflammatory effects may take care of common irritations like headaches and upset stomachs. As noted, it can also counteract insomnia with its soporific haze. Psychologically speaking, Goo can even temporarily take the edge off of stress, depression, anxiety, and even PTSD. Because intensely cerebral effects are rarely reported, this strain can be a good option for patients who are prone to panic or who have a low tolerance for THC.

No commercial-scale breeders have taken responsibility for creating this indica, and its seeds are not available for sale online. Instead, home growers should obtain clippings of a mature plant from a trusted source in order to grow genetically identical “clones.” Goo can be grown indoors or out; however, success outdoors calls for a semi-humid climate with consistent daytime temperatures between 70 and 80 degrees Fahrenheit. These indica-typical plants grow short and bushy with strong lateral branching. Growers should be sure to regularly “top” their crops by trimming away any broad fan leaves that can prevent light and air from reaching any low-growing flowering nodes. Goo flowers within 7 to 8 weeks when grown indoors and is ready for harvest in early October when grown outdoors.

Not to be confused with the similarly landrace-derived Afgoo, Goo is a true knockout indica. It’s enjoyable when used for introspective solo time and when shared with a small group of like-minded friends.

Be the first to review “Goo” Cancel reply 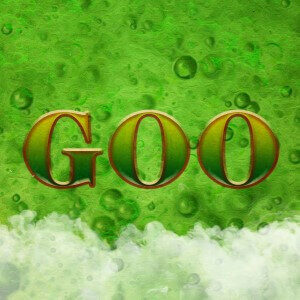