Caramel Candy Kush, as the name would suggest, is a tasty candy strain of cannabis that is Indica-dominant. Although much of the world believes this strain to be a little mysterious, some digging uncovers the truth about this morsel of cannabis goodness. Dynasty Seeds, a US-based cannabis company, created the strain by crossing a Pre-98 Bubba Kush with Miss Universe #10. These two strains were not chosen by accident. Dynasty Seeds was looking to create a Pre-98 Bubba Kush hybrid strain that didn’t render users “non-functional.” By crossing the potent and long-lasting medicinal effects of Miss Universe #10 into the fold, these breeders created the perfect hybrid strain for both pain management and functional operation.

Caramel Candy Kush is a rare flower, available almost exclusively in the Pacific Northwest of the United States in addition to British Columbia. However, those who do find this strain on the shelf are in for a powerful treat. Test data for Caramel Candy Kush has shown THC concentrations as high as 20% with little to nonexistent CBD levels. There are two very distinct phenotypes of the Caramel Candy Kush. The first, which accounts for about 70% of all the Caramel Candy Kush on the market today, is quite dense and boxy. These nugs are often very heavy and spongey to the touch, with an aroma of cherry, caramel, and vanilla. This phenotype tends to be more like Bubba in its structure and Miss Universe in its aroma. The second phenotype, which accounts for the rest of the flower in circulation, is largely Kush-dominant in nature with some physical attributes inherited from Miss Universe. This bud tends to be a little drier to the touch, with an aroma of caramel, grapes, cherries, coffee, and cream.

This strain has reportedly been quite popular amongst the medical community in the Pacific Northwest. This strain is snatched up almost as soon as it’s stocked because of its ability to treat anxiety, chronic pain, stress, depression, and GI issues. Due to its hybrid nature, consumers should expect to experience a range of effects. Many have reported a strong, soothing body buzz alleviating physical pains while a calm cerebral high soothes the racing mind. Expect to feel quite heavy and often sedated after smoking some of this sweet flower, as couch lock is a common effect of this strain. Many have found that this strain settles GI issues by alleviating nausea and causing the munchies in those who lack appetite.

This strain is also quite popular for those that like to press their own hash and concentrates, as Caramel Candy Kush is quite resin-heavy. This is because Miss Universe #10 passed down some genetics from DessTar, a strain known for its oversized resin glands. These “disco balls” are the large globs of resin present on the end of trichomes.

Be the first to review “Caramel Candy Kush” Cancel reply 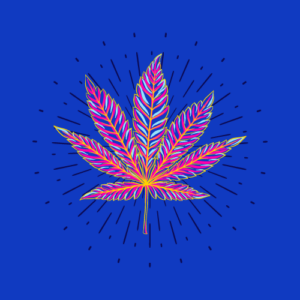