Boss Hogg (or Boss Hog) is the indica-dominant creation of The Cali Collective, a multiple Cannabis Cup-winning group of breeders active throughout California. Boss Hogg’s parents are two strains that are named for the year of their vintage: sativa Chemdawg 91 and the legendary clone-only indica Pre-98 Bubba Kush. Boss Hogg offers smokers a complex flavor profile and a versatile, evenhanded high. Testing laboratory Analytical 360 has measured Boss Hogg’s potency at between 17% – 20% THC.

Boss Hogg has visually striking flowers, marked by a spade-like shape that is more long and tapered than spherical. The leaves, which have a distinctively raggy and loose texture, appear yellowish green with a few hairy brown pistils. The flowers are dusted with trichomes that give the pale flowers a silvery sheen. A dank and hashy aroma wafts up from the cured buds, and is not unlike incense. Hints of lemon can also be detected underneath the funk, while breaking up or grinding the buds gives off a more spicy scent. When burnt, Boss Hogg has a harsh, stinging smoke that may cause coughing or watery eyes in smokers. On the exhale, it hangs on the palate with herbal, piney flavors.

The high from this strain starts off with a slow burn of relaxation. Smokers feel a gradually mounting heaviness in their limbs and core which, while it may not pin them down, may make them move more slowly. Deep breathing make come more easily and tense muscles may feel relaxed. Because their bodies are so sedated, smokers may take a while to notice that their thoughts and senses soon feel more amplified. These psychedelic vibes can be enjoyed in endless contexts. This strain is great for unwinding alone at home and because it won’t immobilize users, it’s great for either mundane tasks like cleaning or more pleasure pursuits like taking a long walk. Best enjoyed during the daytime or early evening, Boss Hogg may come with some couchlock as dosage is increased. The high is considered to be long-lasting, even for more experienced users.

Boss Hogg has medical applications to match its wide-ranging recreational uses. Its strong sense of emotional well-being and general holistic relaxation can be good patients struggling with depression, anxiety, and PTSD. The strain’s sense of clearheaded focus might also aid those with attention deficit disorders. Its slight sedative effects can moderate aches and pains, whether incidental, as due to injury, or chronic, as due to conditions like arthritis and fibromyalgia. Boss Hogg’s anti-inflammatory properties can also soothe headaches or upset stomachs. Because of this strain’s well-executed balance, it comes with less of a risk of the tiring “comedown” that can accompany an extended indica couch potato session.

Boss Hogg can be grown from commercially-available seeds or, if growers are lucky enough to obtain them, clippings that can be grown as clones. It can be successfully grown indoors or outdoors, although outdoor cultivation depends on a semi-humid climate with daytime temperatures in the 70-degree Fahrenheit range. It can easily be accommodated indoors – plants reach a medium height, with bushy, laterally spreading branches. Growers should be sure to “top” their plants by trimming away any broad fan leaves that could block light or air reaching the low-growing flowering nodes. Boss Hogg flowers within 9 to 10 weeks when grown indoors. It offers growers a high yield of flowers in return for their efforts. In order to preserve their harvest’s potency and unique taste, growers should also cure their buds. Curing is a two-step process: first, users should hang flowers upside down for a week in conditions of 50% humidity and 70 degrees; they should then seal the dried flowers in airtight jars in conditions of 60% humidity and 70 degrees, checking regularly for mold.

Despite a dank, funky odor that proves to be divisive for some users, Boss Hogg offers the best of what a well-balanced hybrid has to offer. Its trippy, sociable vibe can be a hit at parties; it can also be enjoyable in provoking some productive introspection.

Be the first to review “Boss Hogg” Cancel reply 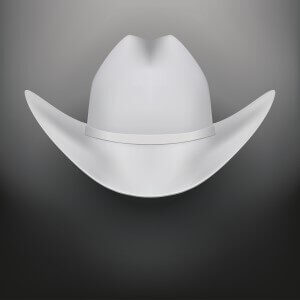