Although it sounds like a substance from an apocalyptic sci-fi novel, Blue Goo is actually a sativa-dominant hybrid with some serious bag appeal. It is a cross between the uber-popular Blue Dream and the landrace-derived Afgoo. This strain has a complex flavor profile that contains notes of berries, gasoline, and pine, among others. It also offers a well-balanced high that will appeal to sativa fans who’d rather not spend too much time in their heads. Blue Goo’s potency has been measured at between 16% and 22% THC.

Blue Goo’s small to medium flowers are notable for their nearly spherical shapes. The orbs cling together in the dense and tight bud structure often associated with indicas. Most striking, though, is their color — the leaves are a dark shade of forest green and, more often than not, contains streaks of deep purple; these latter colors come about when pigments in the strain’s genetics are stimulated by cold weather during the growing process. A dusting of small white trichomes cover these colorful buds like confectioner’s sugar, while hairy red pistils wind their way through the tightly-packed leaves.

When properly cured, Blue Goo gives off the unmistakable scent of blueberries. This tart aroma is grounded out by woodsy hints of pine and cedar, giving the flowers an overall musty berry character. On closer inspection, the buds also have the astringent tang of diesel. Meanwhile, grinding up or breaking open the sticky flowers yields some earthy, peppery notes, courtesy of grandparent landrace strain Afghani. When Blue Goo is combusted, it burns with a surprisingly smooth smoke that leaves behind an earthy, fruity taste on the exhale. Notably, Blue Goo has no discernible grape flavors — this is because the anthocyanin pigments that dictate the plants’ color do not have a corresponding effect on its taste.

Blue Goo proffers a high that builds slowly, eventually revealing a mellow sativa energy marked by acute sensory perception and improvement in mood. Smokers can expect to find themselves mentally engaged by their surroundings, but still sufficiently grounded by Blue Goo’s indica side that they can follow lucid patterns of thought and conversation. The lack of frantic “mind race” makes this strain good for calm, creative thinking, as well as for analytical approaches to problem-oriented scenarios. Within little time, Blue Goo’s indica side emerges as a soothing physical tingle. These relaxing vibes may not plunge users into immobile couch-lock, although it can make some more active pursuits like exercise or running errands distinctly uncomfortable. Instead, smokers may prefer to spend time indoors with close friends as they enjoy Blue Goo’s even-handed sedation. This strain can be enjoyed at any time of day, although it may be more welcome in the late afternoon or early evening due to the way that it tapers off into bodily calm.

Medical cannabis patients may also find value in Blue Goo’s versatile effects. It can take the edge off the troubling symptoms of mild to moderate anxiety, depression, or PTSD. It may also serve as an effective analgesic for aches and pains, whether they’re incidental, as due to injury or more chronic, as due to conditions like lupus or arthritis. Because users do not often report an uncontrolled feeling of intense cerebral thinking or paranoia, Blue Goo may be a good choice for those with panic disorders or those with a low tolerance for THC.

No large-scale breeders have made seeds of Blue Goo available for sale online. Those looking to grow the strain will need to obtain clippings from mature, healthy plants in order to grow genetically identical “clones.” This strain can be grown indoors or out, although successful outdoor cultivation requires a semi-humid climate with daytime temperatures in the 70 to 80 degree Fahrenheit range. Those looking to accentuate Blue Goo’s striking purple hues should also expose their crops to colder than average temperatures late in the vegetative stage. Blue Goo flowers within 9 to 10 weeks when grown indoors.

Neither too floaty nor too weighty, Blue Goo is an ideal hybrid for maintaining focus, sociability, and positive attitudes. If spotted on dispensary shelves, pick up a double dose — an eighth of this delicious bud may not last you very long.

Be the first to review “Blue Goo” Cancel reply 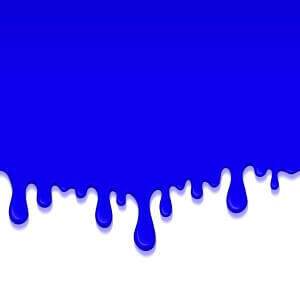