Alien Rift is a dynamic indica that represents a refinement of existing genetics. Prolific producers Ocean Grown Seeds have bred Alien Rift as an improvement on their signature Alien Abduction strain by backcrossing an Alien Abduction phenotype with Alien Dawg and Alien OG plants. The result is a tasty and highly resinous flower that’s sure to leave you thoroughly spaced-out. Alien Rift’s potency has been reported at between 20% and 24% THC.

Alien Rift is marked by small to medium-sized buds that range in shape from conical to almost spherical. The mossy green leaves adhere in a dense, indica-typical bud structure. Often, leaves also exhibit flashes of lavender and deep purple. These vibrant hues come about when pigments called anthocyanins in the plant’s genetics are agitated by colder than average temperatures; the process is similar to way in which declining chlorophyll levels result in red and yellow foliage in autumn. Burnt orange pistils twist their way through these multicolored leaves. Ocean Grown Seeds specifically bred Alien Rift for sky-high trichome production and it shows in the blanket of milky-white resin glands that cover the inner and outer surfaces of these flowers.

When properly cured, flowers of Alien Rift have a robust earthy aroma, accented by notes of pine and citrus. On closer inspection, there is also a distinct chemical tang lurking underneath, reminiscent of ammonia cleaning products. Breaking open or grinding up these sticky buds yields a hashy, incense-like odor. When combusted, Alien Rift burns with a surprisingly smooth smoke that tastes clean on the inhale. On the exhale, it leaves behind flavors of lemon and dank earth. Notably, Alien Rift has no discernible grape flavors to match its purple hues; this is because color and taste in cannabis plants are determined by two different chemical compounds — pigments and terpenes, respectively.

Alien Rift’s high is subtle at first, sometimes taking a few bowls or tokes before its effects are fully felt. Initially, smokers may detect a sharpening of their senses, with sights, sounds, and even tastes taking on new dimensions. As they adjust to this altered state, users may also find that their attention is more focused and deliberate. This lucid (but not overly cerebral) mindset can lend itself to tasks like running through a to-do list or cleaning the house; it can also lead to increased talkativeness and sociability. Within relatively little time, Alien Rift’s indica potency becomes apparent as a physical tingle spreads down from the neck and through the core and limbs. Users may detect palpable relief from physical tension and mental stress. This combination of physiological and psychological effects may prove somewhat trippy and can be an excellent accompaniment to a surreal movie or a favorite album. Note that as dosage increases, so does the likelihood of couch-lock. Even if users’ minds remain active and focused, productivity dwindles in the later stages of the high. Alien Rift is as enjoyable when shared with friends as it is when savored alone. Finally, this strain is most appropriate for evening or nighttime use, when its drowsy vibes can eventually taper off into sleep.

Alien Rift’s wide-ranging effects may also have application for medical cannabis patients. Its sustained euphoria can temporarily obscure the symptoms of mild to moderate stress and depression. Its ability to focus mental attention on single tasks or concepts may also help those with attention deficit disorders. Alien Rift’s more sedative effects can have a soothing effect on aches and pains, whether they’re incidental as due to injury or chronic as due to conditions like lupus or fibromyalgia. Because this strain’s mental effects do not often veer into mind race or paranoia, it may be a good choice for those who are prone to panic.

Ocean Grown has made seeds of Alien Rifts available for sale online. It can be successfully grown indoors or out, although outdoor cultivation calls for a semi-humid climate with daytime temperatures in the 70 to 80 degree Fahrenheit range. This strain’s plants are classically indica, with bushy silhouettes and heights that rarely exceed 3 feet. Growers should regularly top their crops by trimming away any broad fan leaves that can block light and air from reaching low-growing flowering nodes. Alien Rifts flowers within 8 to 10 weeks when grown indoors.

Enjoy this out-of-this-world strain as a complement to a hazy weekend afternoon or at the end of a long day. You may also want to take advantage of Alien Rift’s exceptional resin production to create hash.

Be the first to review “Alien Rift” Cancel reply 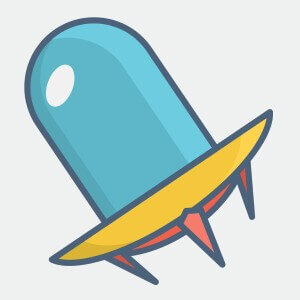